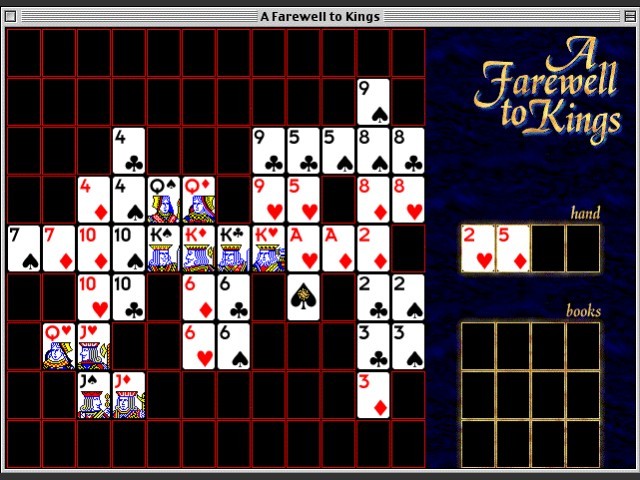 A Farewell to Kings is an unique strategic solitaire card game variant created in 1995 and programmed in 1996 both by Rob D. Steward.  Updates continued to be issued until 2008 during which years, the game was also recompiled for PPC... 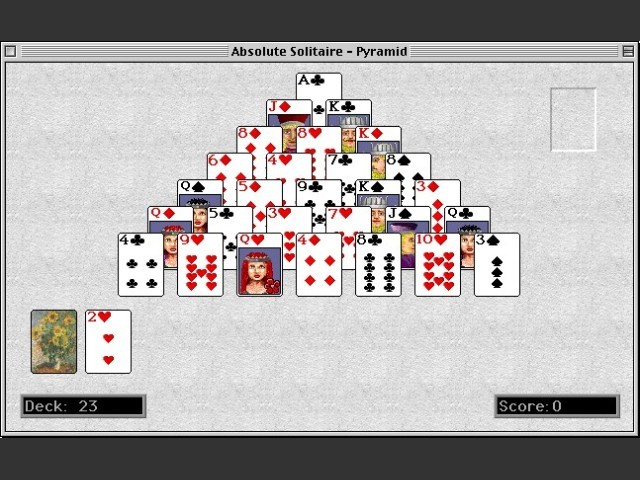 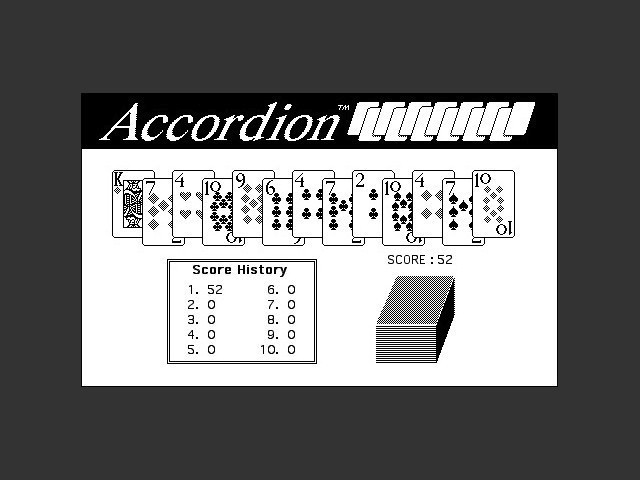 Accordion is a B&W card game for early Macs. How to play Accordion: Cards are dealt in a row from left to right.  Whenever a card matches its immediate neighbor to the left, or matches the card two away to the left, it may be moved... 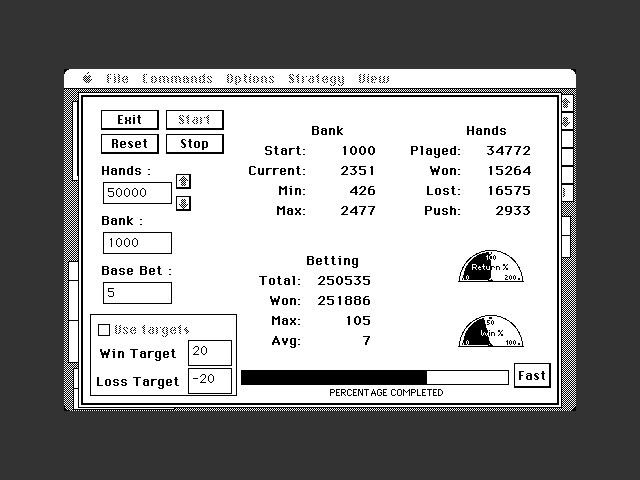 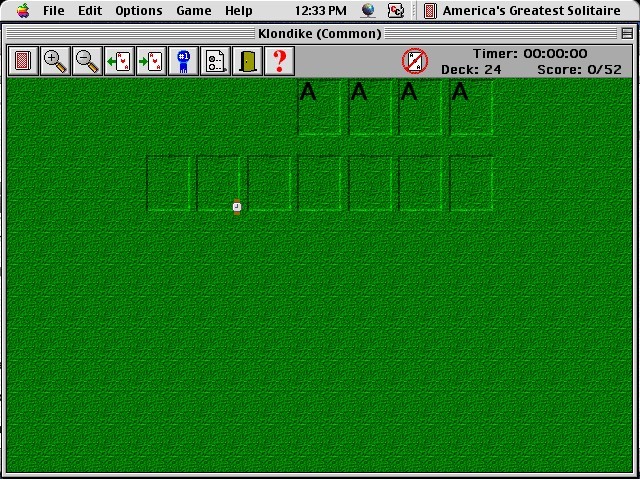 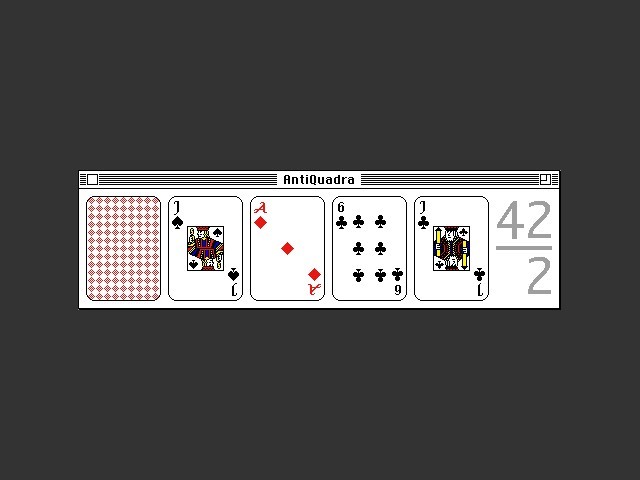 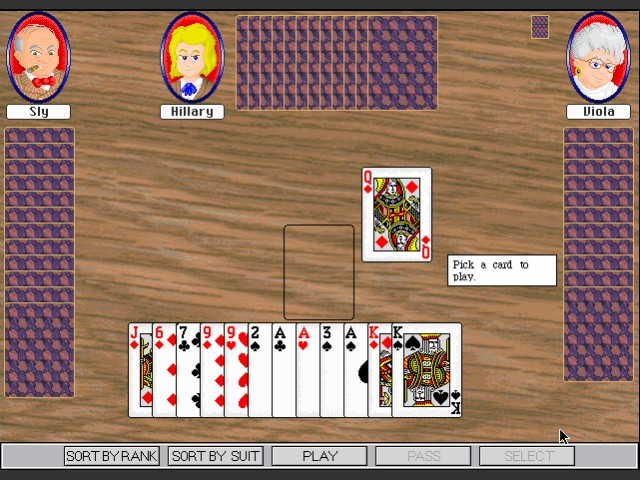 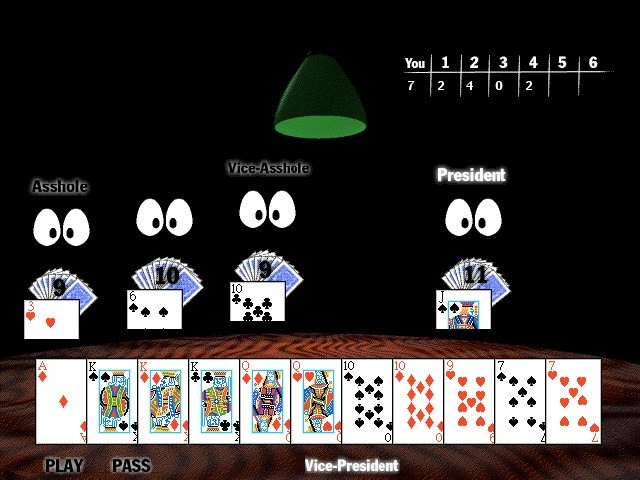 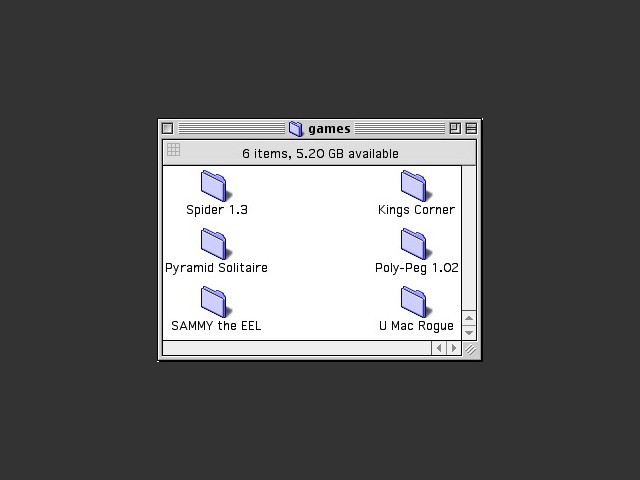 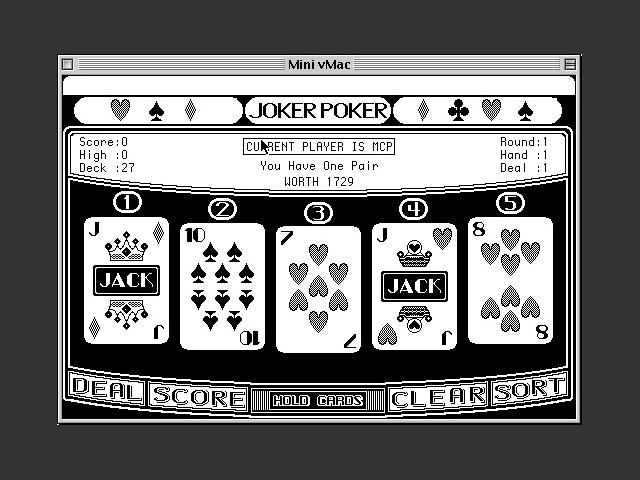 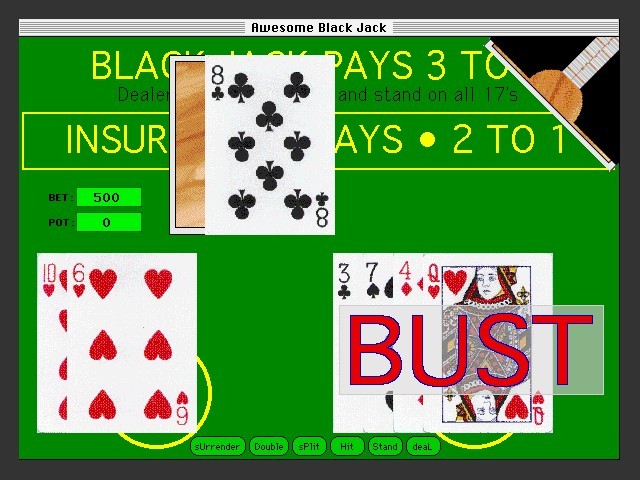 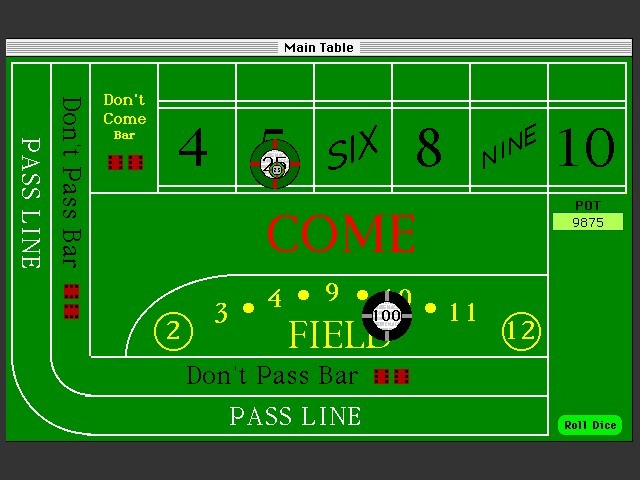 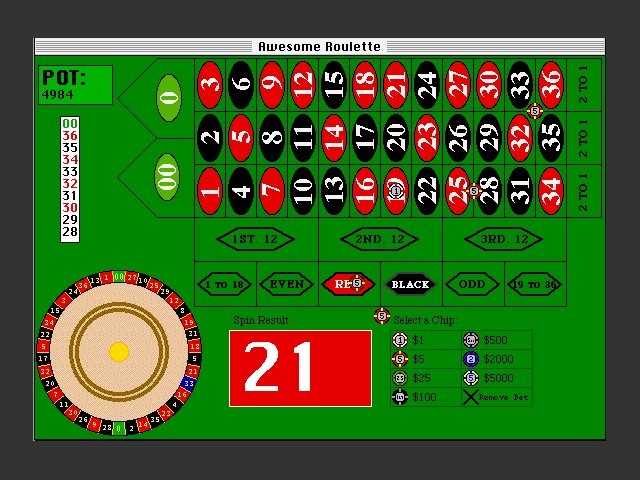 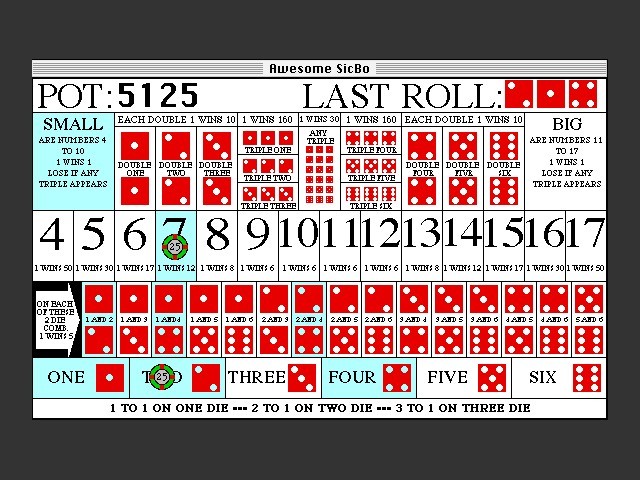