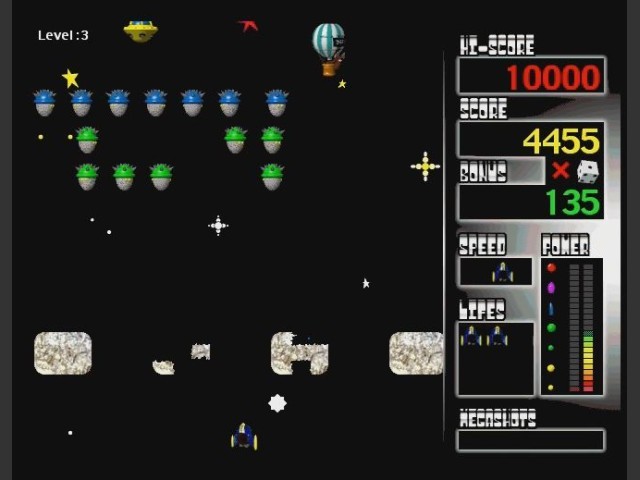 Shoot invaders, collect points! Space Deubza is a fun, albeit fast and tricky space invaders clone, with a Moose. Featuring a few power-ups and a multiplier mechanic, the game could potentially have a lot of re-playability... if a registration... 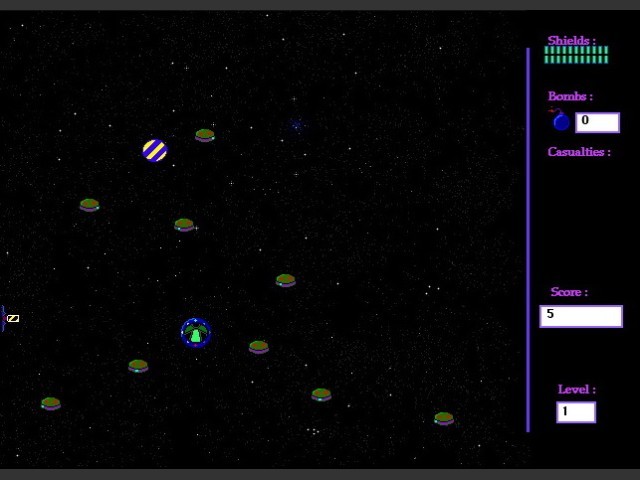 Prevent a horde of 'Space Freaks' from progressing from the top, to the bottom of the screen. This can be achieved through either shooting them with the side mounted guns (up to three), or colliding into them. 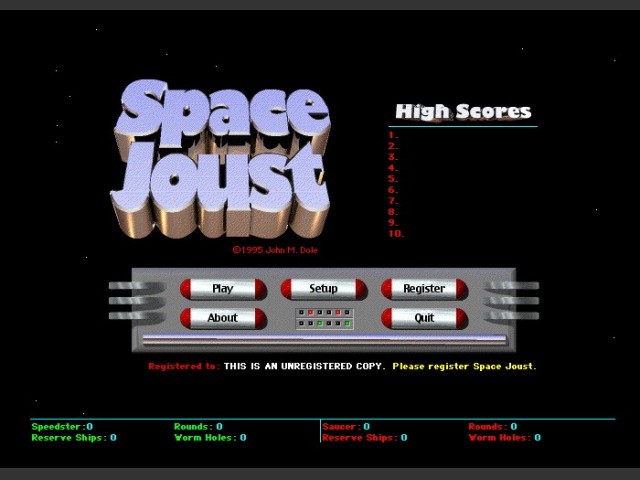 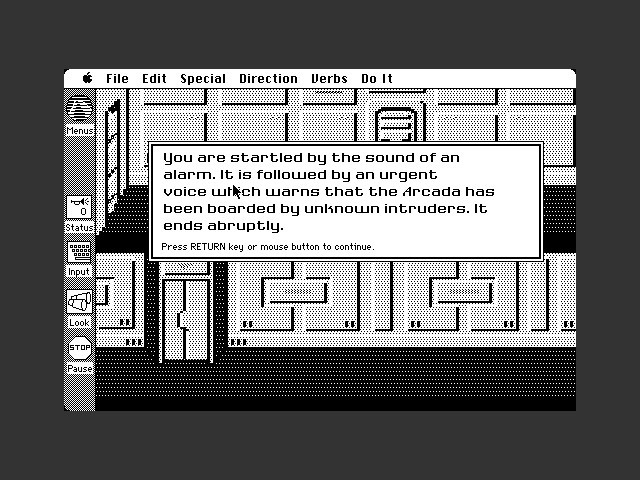 Space Quest 1 is an adventure game with a text-based interface in which you are stranded in space after an alien attack, and you must figure out how to survive it. The game can be quite difficult at times, and failing to pick up an object at the... 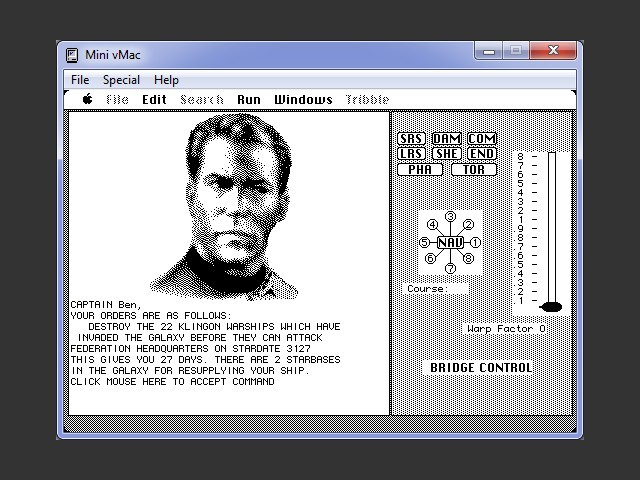 Star Trek Plus 2.1 is an adventure game for very early Macs. 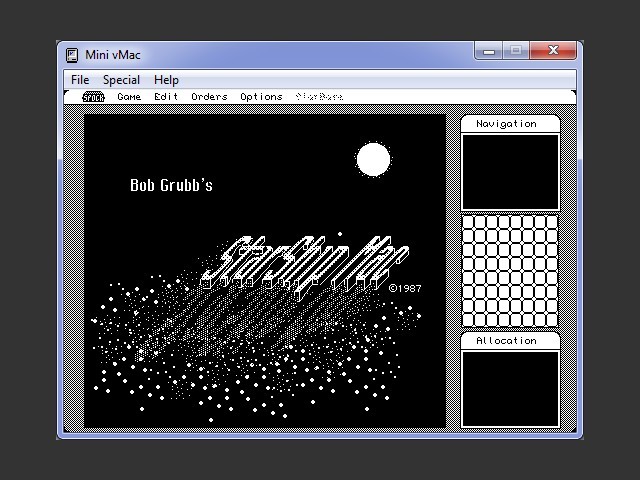 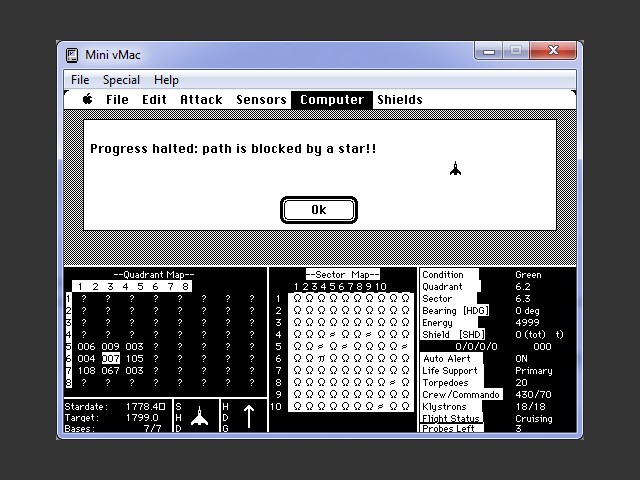 Stellar Imperium is a WIP spaceship simulation game in which you explore space and battle with ennemies.  The object of the game is to amass enough proficiency points to advance to the next level. 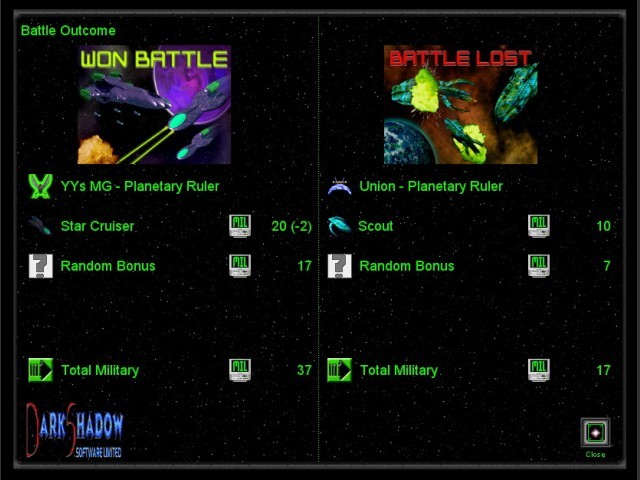 Surrender! is a simple two player network game. played on a 10 by 10 grid. This grid has 4 planets a black hole and each players military forces (a star base and a number of star ships). Win through destroying the other players star base or all...