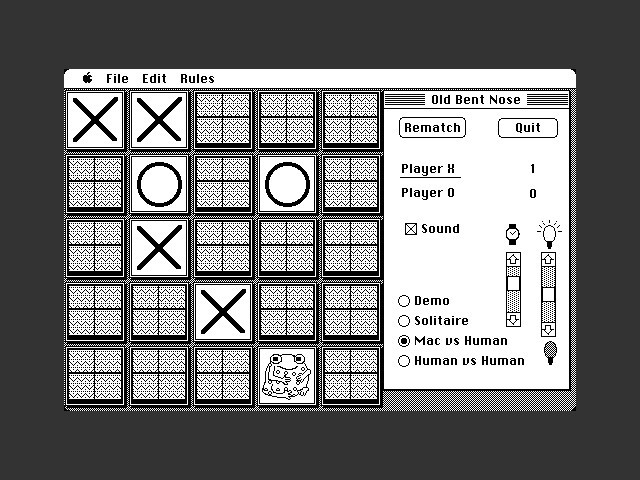 OmaMoku is just another 5-in-line. 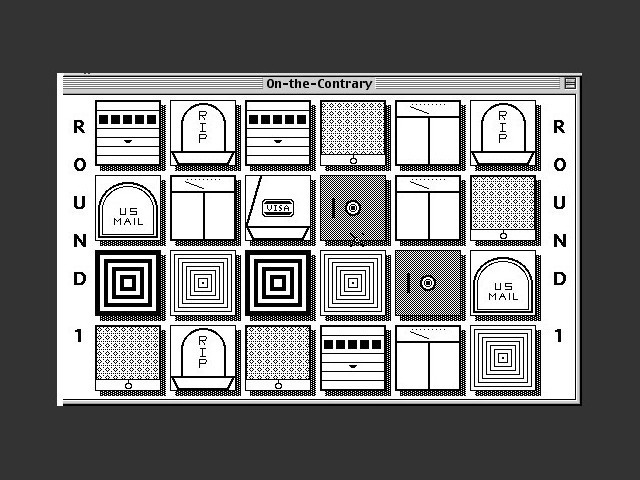 On-The-Contrary is one of the first games on Macintosh and certainly the first of the memory genre on Mac, dating back to May 25th, 1984, only 4 months after the very first Macintosh was released.  In the game On-the-Contrary, each player (up... 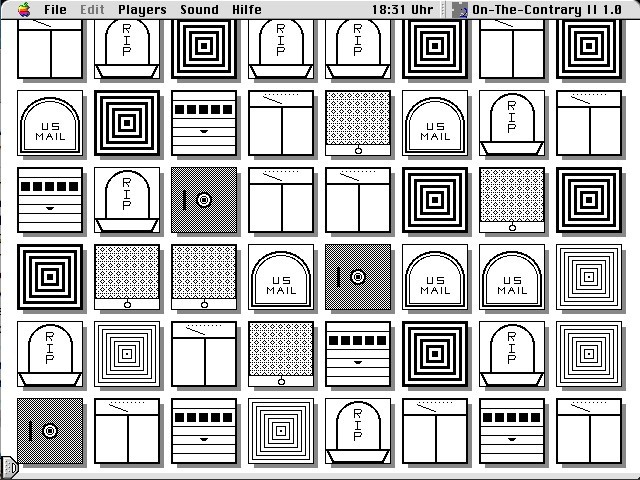 On The Contrary is a puzzle point and click game from 1984 in which you have to open doors by clicking on them and match pairs of objects to accumulate money (score) while avoiding the bandit which, if found without the matching detective in a turn,... 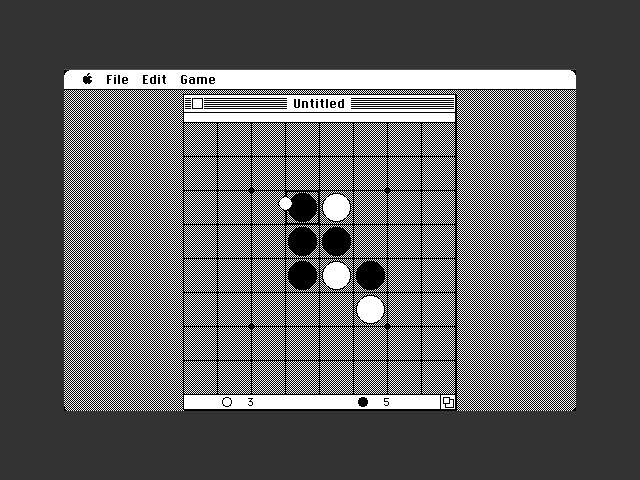 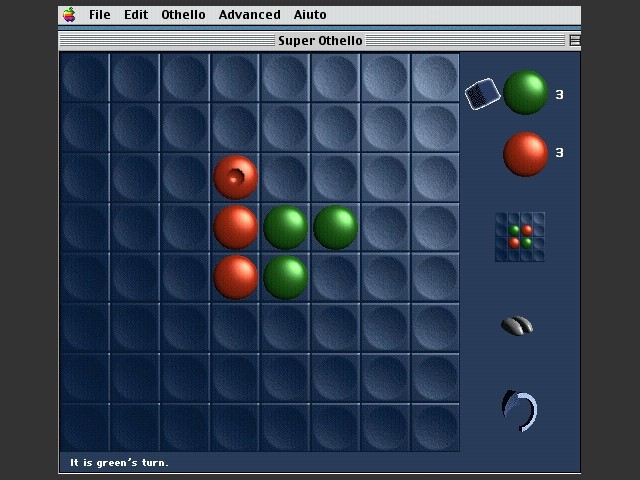 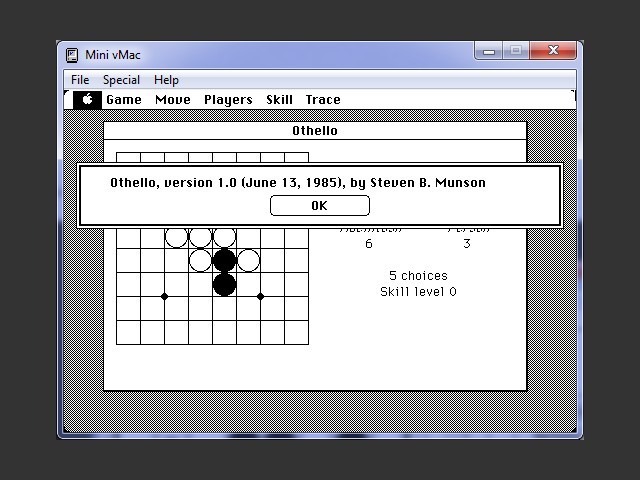 Original Othello game for very early Macintosh computers. An interesting feature is that you could toggle the verbose mode and you could see the computer AI thinking/analyzing and trying moves. 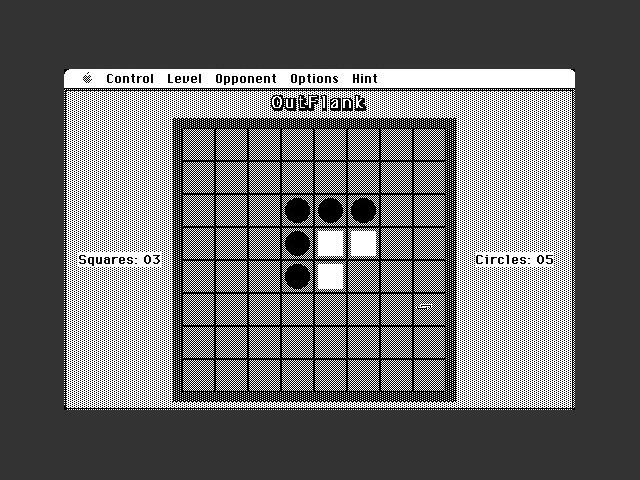 OutFlank is an Othello clone for early B&W Macs. 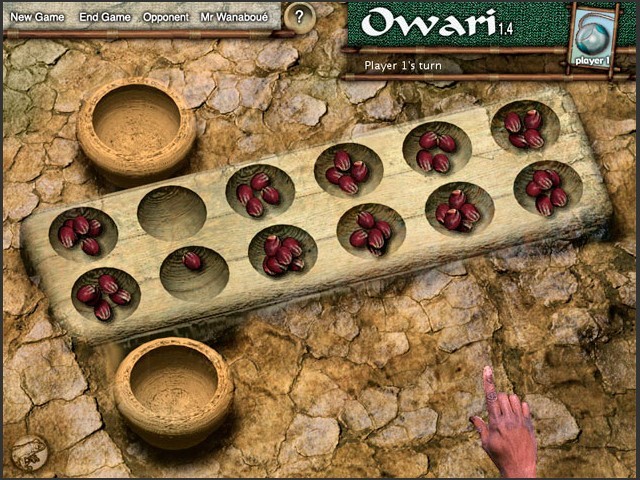