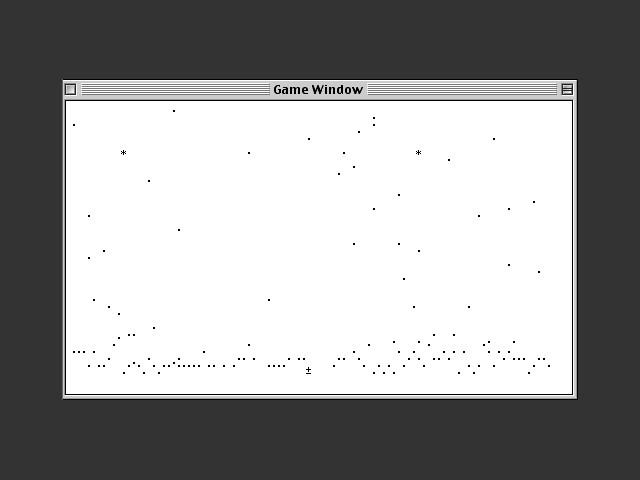 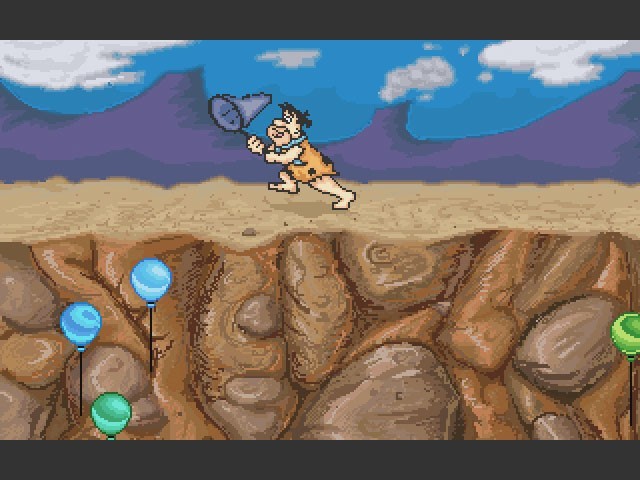 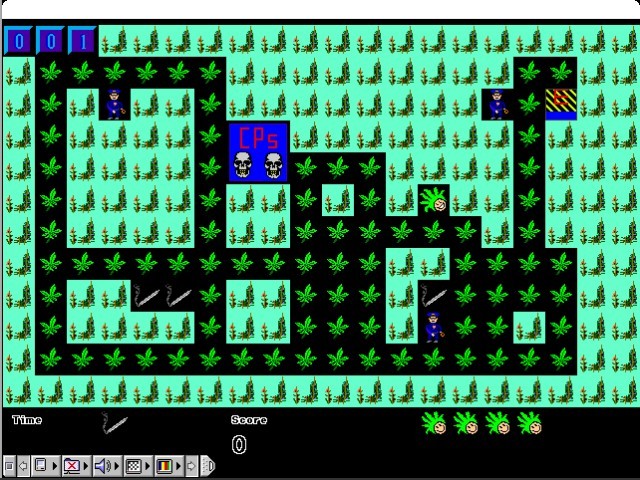 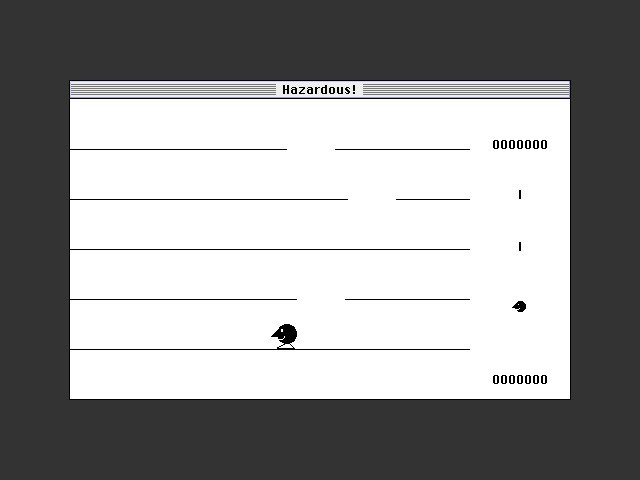 In Hazardous, Leapin' Larry, the game's main character, wants to climb up as high as possible.  Unfortunately, there are no ladders - so Larry has to jump through the holes in the floors above him.  The holes in Hazardous... 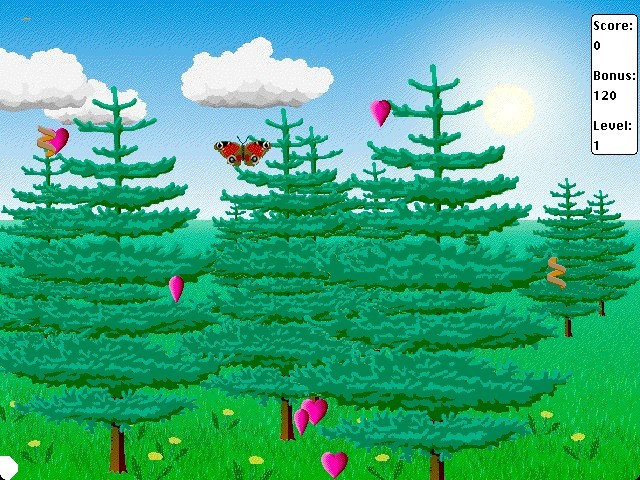 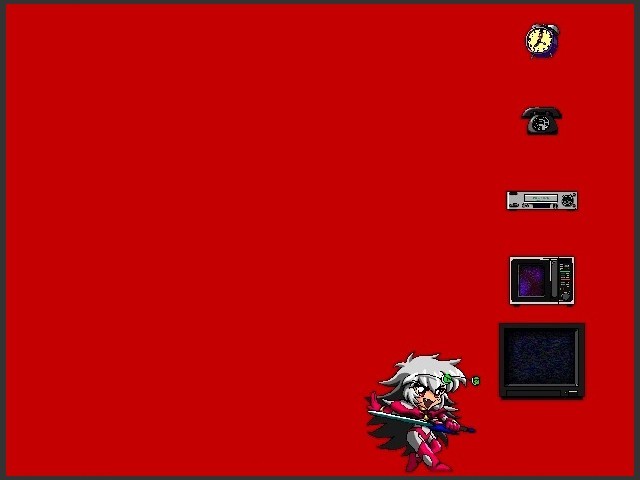 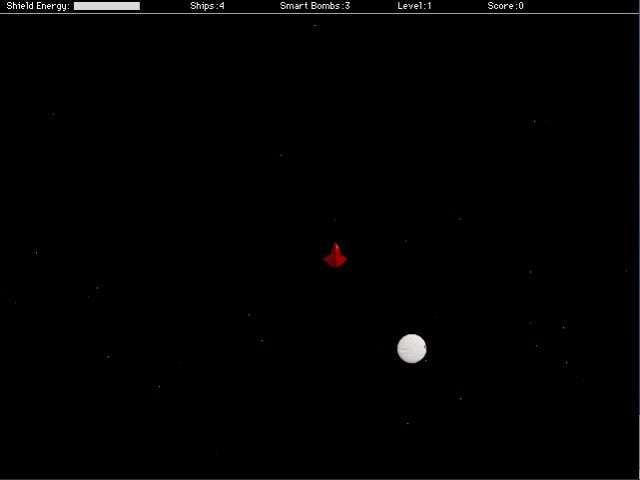 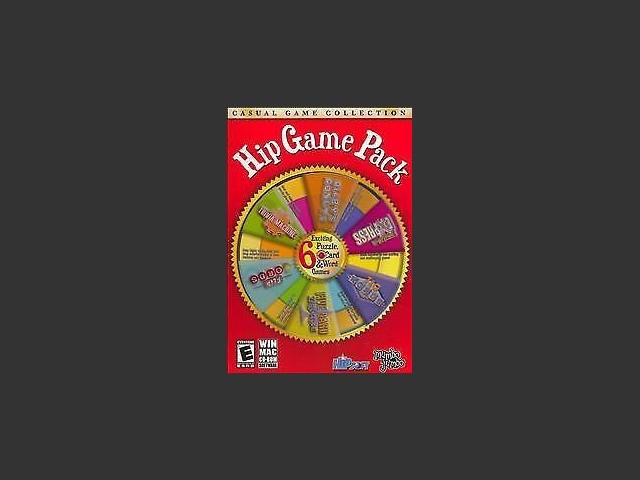 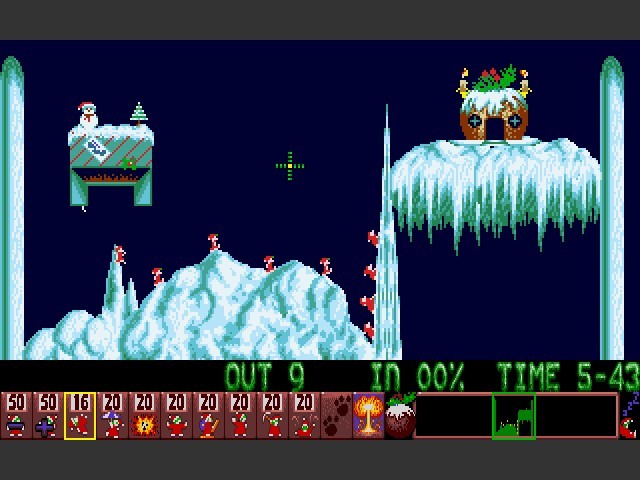 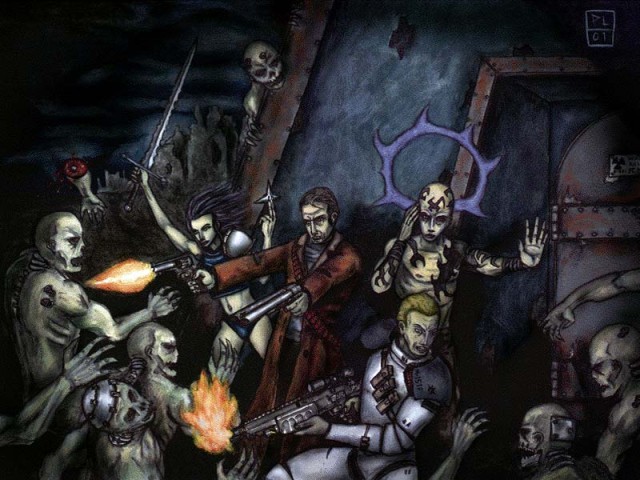 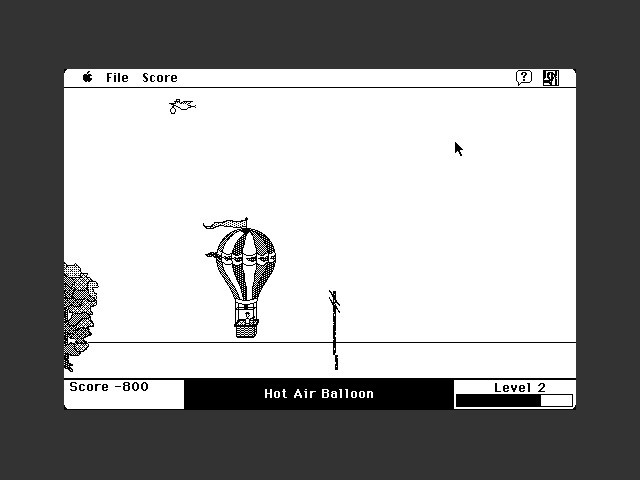 A simple, one button arcade game where you control the height of a hot air balloon and avoid obstacles. 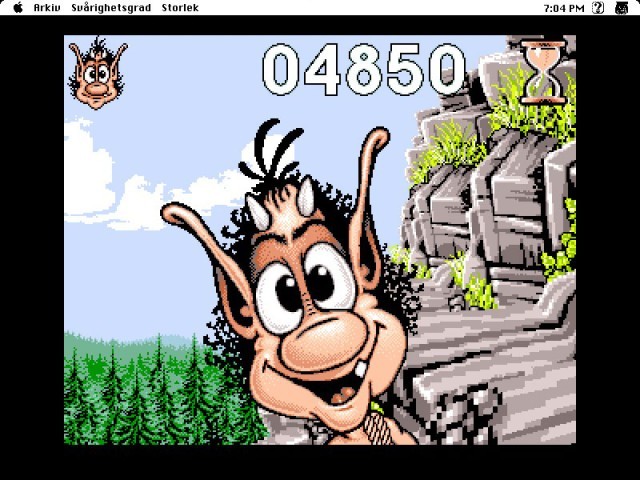 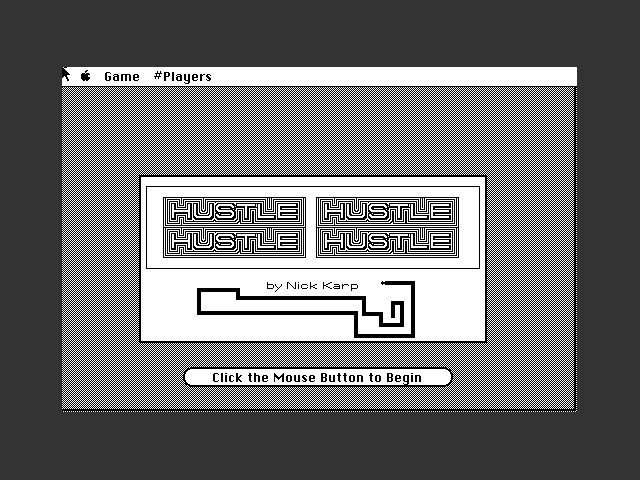 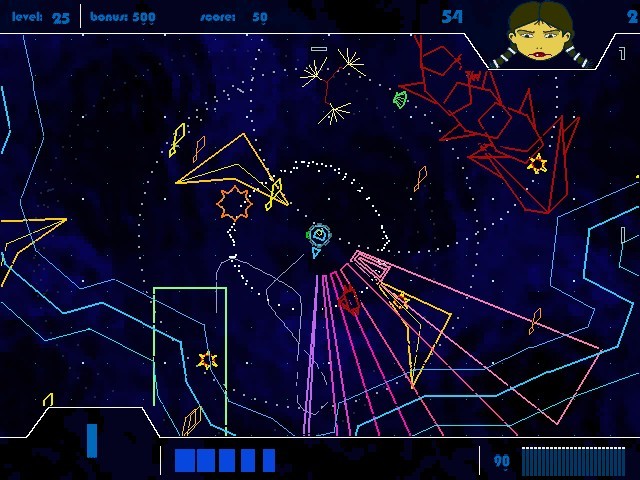 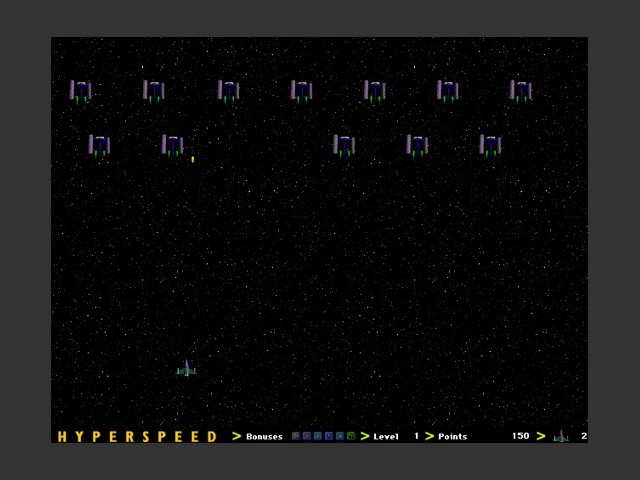 HyperSpeed is a Galaga clone. You don't go worward as enemies pass by you like in most similar shooters, instead they stay on the screen until they are killed.