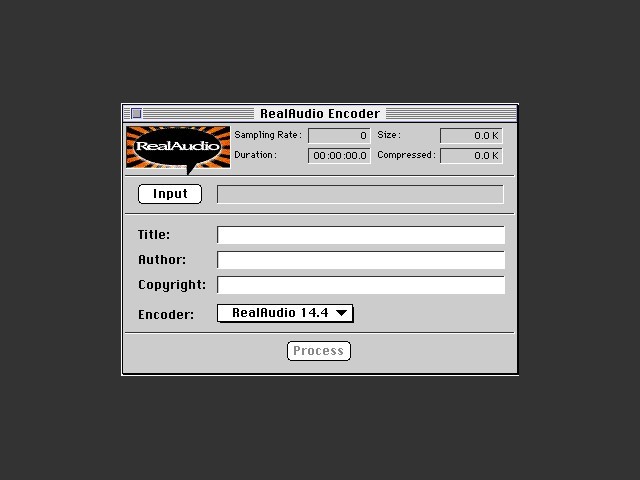 RealAudio Personal Server is an audio streaming solution that enables a Mac user to broadcast a RealAudio channel as a standalone server. 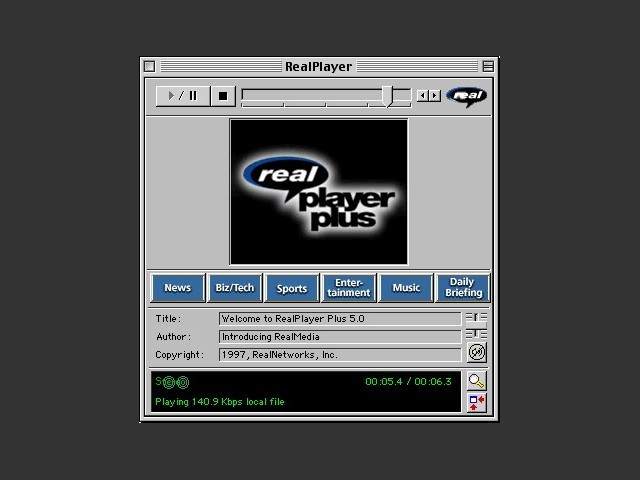 RealPlayer version 5.0 Beta 1 (expires after 60 days) so it's totally useless, in practice.  Anyways, to use it today, you have to set your computer clock back to any date before the month of October, 1997. Note: This installer puts a... 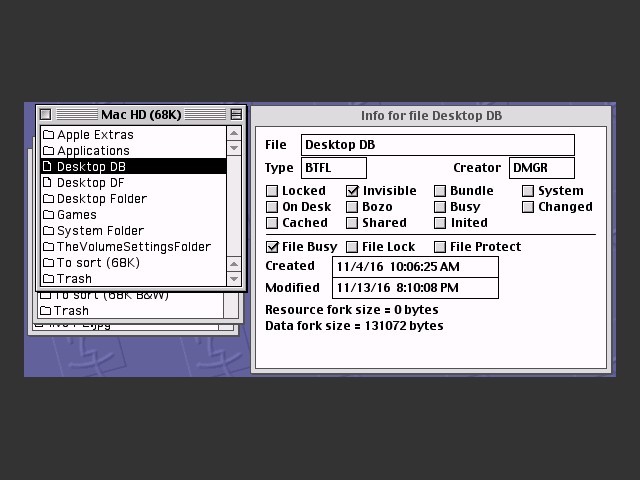 ResEdit 0.8 prototype was named Resource Editor back in 1985 and it was made by G. Pope, S. Capps & R. Sebok for Apple Computer, Inc.  This was the early stage of what soon became the very well known ResEdit, the most utilized resource... 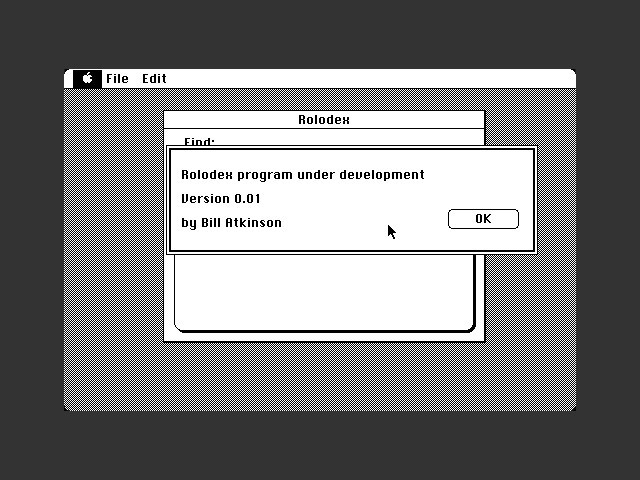 A simple rolodex program developed by Bill Atkinson around 1984, version 0.01. The application seems stable but is quite unfinished.